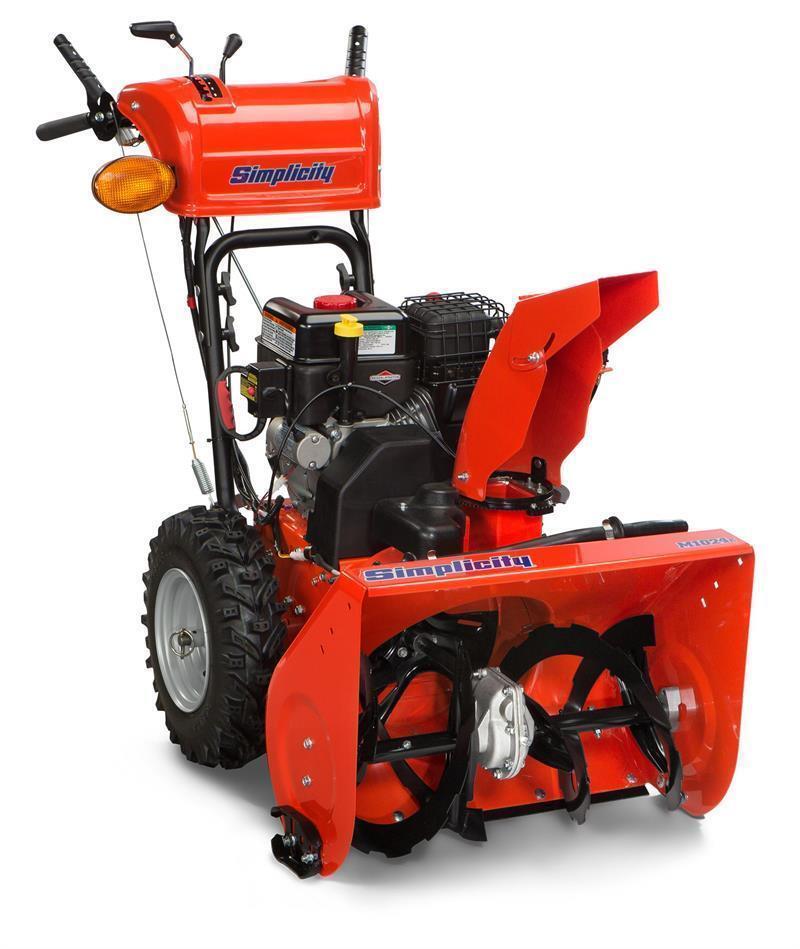 A snow blower is a machine that is used to clear streets and sidewalks of snow and ice. They are used in locations where winter storms regularly occur. The Simplicity Manufacturing Company builds lawn and garden equipment, and it offers a variety of snow blowers for your removal needs.

Some Simplicity snow blowers incorporate their specialized SnowShredder auger, which utilizes multiple serrated steel surfaces. The sharpness of the blades removes ice and snow to reveal a clear driveway and sidewalk. Simplicitys SnowShredder also works on the ice walls that are left by plows when they clear the streets.

What features are offered on Simplicity snow blowers?

Several features are offered, including:

Content provided for informational purposes only. eBay is not affiliated with or endorsed by Simplicity.