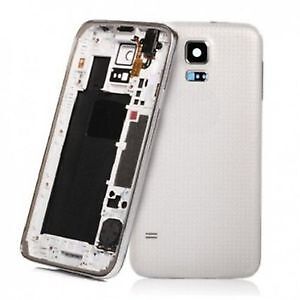 Whether you want to talk to the people in your life, find useful information or entertain yourself, a device of this kind can give you access to the digital world. Samsung, one of the largest companies manufacturing electronics in the world, has been producing these devices since they were introduced to the general public. Since it came out in 2014, Samsungs Galaxy S5 smartphone has been acquired by thousands of people across the world.

How can you disassemble a Samsung Galaxy S5 smartphone?

Before attempting to replace any parts of your Samsung Galaxy S5 smartphone, you need to know how to take the device apart. To do so, you will need a hair dryer, a small screwdriver, a plastic spudger, a suction cup tool, a case-opening tool, and a pair of tweezers. Once you have the proper tools at your disposal, follow these steps:

What is the difference between glass, digitizer, and LCD parts?

Anyone attempting to replace or repair the screen of their Samsung phone will learn that it has three main components. They are the following:

How can you remove the SIM card?

To replace or check a SIM card, you will need to remove it. To do so, follow these steps: