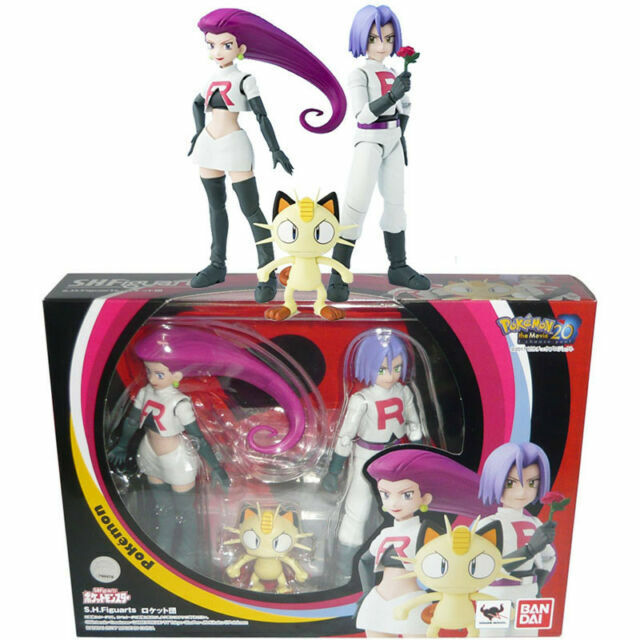 Pokemon is a video game, anime show, and playing card franchise developed by Nintendo, and the idea behind the series is to collect and train monsters for battle. For more than two decades, Nintendo had released Pokemon featured in multiple video games, anime seasons and movies with an international release, and trading card sets. Characters from the franchise have been featured on other merchandise such as action figures and figurines.

What types of action figures are available?

There are many different sets of Pokemon action figures available. FOZO has a set of 72 collectible mini action figures. Takara Tomy also has both mini 1.5-inch and 2.5-inch action figures. There are also have full-sized models that are 6 inches tall with flexible joints for articulation. Jakks Pacific also created action figures of various sizes in three packs. Other figures include various bobble heads that feature commonly known Pokemon like Pikachu, Charmander, and Charizard.

Many fans also like the small Pokeballs that include miniature models of Pikachu, Blastoise, Charmander, Charizard, and other characters. These Pokeballs are known for their unique designs and come in compact designs that carry one Pokemon inside. You could also consider selecting the surprise Pokeballs that come with a random Pokemon inside. There are many different sets of Pokemon toys to choose from, so you are likely to find something that suits your needs.

How do you choose a quality action figure?

It can be difficult to decide which manufacturers to buy from with so many different sets of Pokemon action figures being available. To determine the quality of a figure, look at the piece and see whether the designs resemble the actual Pokemon. You want to make sure that the colors are vivid and that the paintwork is clean and free of blemishes or smudges. Also, pay attention to the shape and ensure that the figures’ expressions match the official designs from the animated images.

Which Pokemon figures are well-known?

The anime series often features Pikachu and Charizard as the leading characters. Some of the secondary Pokemon characters are Charmander, Squirtle, Bulbasaur, Venusaur, Meowth and Mewtwo.

Other Pokemon like Mew, Lucario, and Blaziken are less well-known and were manufactured in limited production runs. The video games and the anime feature different kinds of Pokemon, depending on the season, such as Black and White or Red and Blue. Some of the common characters are carried over in the video games and anime, but some of the lesser-known Pokemon only appear in certain anime episodes, movies, and video games.

Content provided for informational purposes only. eBay is not affiliated with or endorsed by Pokemon, Nintendo, Takara TOMY, Jakks Pacific, and FOZO.