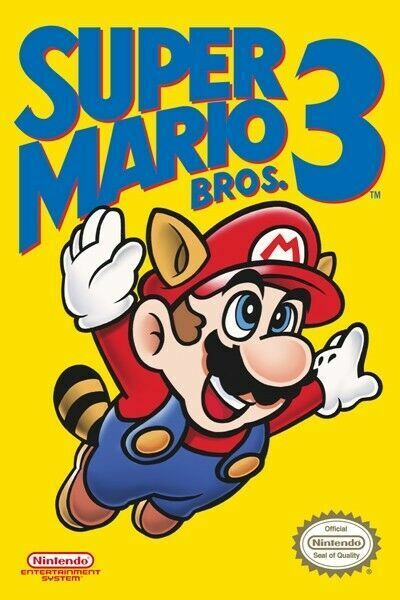 From the Super Mario game titles that started in the mid-1980s, it is no wonder why so many fans want to have a Mario shrine. As time and technology has evolved, so has Mario and his continued impact in the video game industry. Discover how much Mario has evolved not only by playing his video games, his posters over time have evolved too.

What Relevant Posters Should I Look For in the 80s-90s Decades?

From the original arcade play to the home entertainment system version, his fandom has not stopped since. The adventurous plumber along with his friends and adversaries provided hours of fun to a burgeoning fandom. Having a larger than life size poster of the Super Mario Bros box and cartridge graphics was a constant reminder of how much fun the adventure is. There were three Super Mario Bros titles in the 1980s which are captured in full color posters. Mario continued his prowess with Super Mario World on the Super Nintendo entertainment system. During this decade, other themed video games emerged such as Mario Kart. Posters with this era of Mario shows his friend list growing. With the Koopa enemies and Marios sidekick Yoshi, Marios world was getting bigger and bigger.

Are There Any Modern Posters (Post 2000) To Consider Adding To My Collection?

In this era, Nintendo decided to focus on handhelds and motion detection game systems. Those who were fans of the Super Mario Bros franchise were continuing to receive their gift. With the Game Cube not living up to the other video game consoles, Nintendo released the GameBoy Advance and Wii console. The Wii was the first video game console of its kind to use motion to interact with the game. The Wii console continues to carry Mario, Luigi, Mushroom and friends with Super Mario Odyssey. Bowser is still up to his antics since the 1980s. The princess continues to need rescuing in the Super Mario Galaxy era which began in late 00s. With these evolving characters at hand, there are definitely an opportunities to fill your room with Mario poster decor. If youre diligent, you can show the evolution of the Mario brand beyond posters.

What Other Decor Should I Consider Collecting?

The Super Mario franchise has many products that keep it a well known character in the video game realm. You can collect T-shirts, coffee mugs and coasters beyond your poster collection. Nintendo has provided the world with many memorabilia that can look like a Super Mario gift shop. See how you can decorate your gaming central with Mario decor.

Content provided for informational purposes only. eBay is not affiliated with or endorsed by Nintendo.