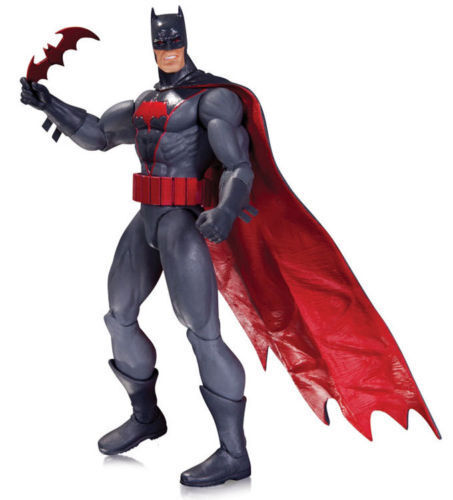 Marvel is home to numerous heroes and villains across its various comic book series and titles, such as the Avengers. Many different forms of merchandise for these characters have been produced over the years. The Marvel Legends line of action hero figures is one such type of collectible that began in 2002. Since then, hundreds of different comic book characters have been turned into toys for kids and collectors of all ages to enjoy.

Who makes the Marvel Legends line of toys?

In 2002, Toy Biz was contracted by Marvel to manufacture their new line of Marvel Legends toys as a spin-off to the Spider-Man Classics toy line the company was currently making. However, the line then shifted to Hasbro in 2007, and it has been produced by them ever since.

Which characters have action figures in Marvel Legends?

Numerous different characters, including different versions of the same character, have been turned into action figures for the Marvel Legends toy line. Major heroes like The Avengers, Iron Man, Captain America, Spider-Man, Black Panther, Deadpool, and the Hulk have several versions of themselves among the line, including their incarnations from the Marvel Cinematic Universe films. Villains such as Doctor Doom, Loki, Hela, and others are also available. Additionally, Hasbro has created several wearable toy props since 2016, including Iron Mans helmet, Star-Lords helmet, Mjolnir, the Infinity Gauntlet, Black Panthers helmet, and Captain Americas shield.

How is each Marvel Legends action figure packaged?

The original Toy Biz Marvel Legends action figures, such as Iron Man, include the toy itself, and they also come with a free comic book. Many also include a piece of a larger action figure as part of the Build-a-Figure addition to Series 9 (the ninth set of toys) figures. After Hasbro began making the toys, the Marvel Legends packages no longer contained a comic (among other changes to the line), but they do frequently include a piece of a Build-a-Figure.

Do the Marvel Legends action figures come with any accessories?

Depending on the character, many Marvel Legends action figures do include various accessories in the box. Characters like Captain America and Thor include their signature shield and hammer, respectively, while others like Deadpool or Black Panther might come with a display stand. Certain figures even include alternate hands or heads that can be swapped on their bodies, and these hands sometimes featuring different points of articulation between the two sets.

Content provided for informational purposes only. eBay is not affiliated with or endorsed by Marvel Comics.