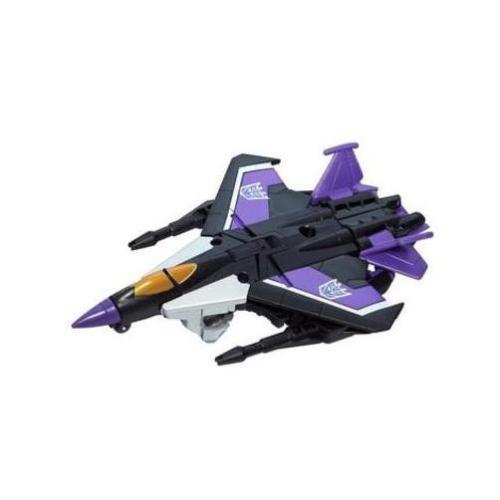 Hasbro Transformer and robot action figures provide you with the ability to reenact your favorite moments from the Transformers cartoons and movies or simply collect them to be put on display in your home or office. These toys range in feature-set, due largely to the fact that they extend all the way back to the early 1980s when Hasbro first started releasing these figures. These Transformers toys also come from many different series, extending from Beast Wars and Titans Return to Generation One and Two.

Which transformers characters have action figures?

Almost every character that has existed since the inception of Transformers in 1984 has at least one figure that you can search for, although some have many more figures than others. Some of the ones with a substantial number of figures include Arcee, Metroplex, Megatron, Omega Supreme, Ravage, Devastator, and Optimus Prime. A few of these, such as Megatron and Optimus Prime, have figures for each Transformers series from over the years, including the Combine Wars, Cybertron, and Transformers Legends Series. You can collect all of the figures in a series or attempt to collect one character in each of the series that they appear in. Other robot toys that are available include figures from the Star Wars universe and the Marvel Universe with names like Black Widow, Ahsoka Tano, and Obi-Wan Kenobi.

What types of action figures are available?

Some of the different types of action figures include standard action figures that come with a large number of parts, figurines that are designed more for display than games, vehicles, and play-sets. Some of the play-sets also include locations from the movies and cartoons for you to play around in. Some of these Transformers toys will transform from the vehicle that they use for disguise into the figures that they become when battling their enemies. A selection of these robots will have weapons while others focus entirely on their transformations from vehicles into robots.

What are some features of these Hasbro figures?

The features that are available with the Hasbro toys and figures can differ depending on the series they are from and what type of figure they are. For instance, some of these Transformers robots mainly consist of limbs and joints that move, allowing you to place the figure in a variety of positions that assist for playing games or placing them on display. However, some of the more complex Hasbro Transformers toys include numerous features that allow for extensive customization. For instance, certain models will be able to convert between several different modes, such as attack and defense modes, while others will be able to light up when attacking, shoot their weapon accessories, and make a variety of different sounds.

Content provided for informational purposes only. eBay is not affiliated with or endorsed by Hasbro.