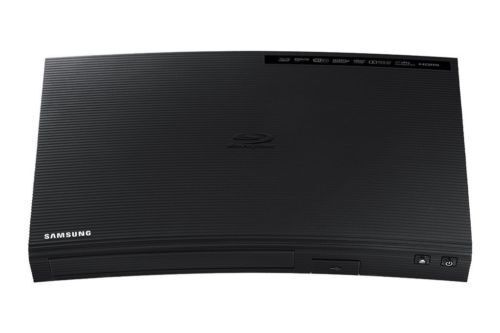 What You Need to Know Before Getting DVD & Blu-ray Players

In the market for something that will play all your favorite movies and television shows? This FAQ will help you figure out the answers to all the questions customers tend to ask before picking out a DVD or Blu-ray player.

Can you play regular DVDs on a Blu-ray player?

Blu-ray players are always backward-compatible. This means that if you get a Blu-ray player, it can also be used to run DVDs and CDs.

What's the difference between DVD and Blu-ray formats?

There are all sorts of technological differences, including Blu-ray's capability of storing more data and transferring data at a higher speed. The main noticeable difference for the average viewer is resolution. DVD has a 720 by 480 dpi resolution while Blu-ray can have up to a 1920 by 1080 dpi resolution.

Are wired or wireless players better?

Whether you are using the player for DVDs, Blu-rays, or streaming, wired connections are almost always more reliable. However, it may be worth dealing with the occasional buffering problem or the lengthier setup time if you want to put the player in a place far away from the TV or you want a minimalist look with fewer Ethernet cables lying around.

Is buying a refurbished player a good idea?

Refurbished electronics are essentially pre-owned items that have been restored to like-new condition. Refurbished Blu-ray players and DVD players can be a great way to get a solid product at an affordable price.

What's the purpose of HDMI inputs on a player?

This can be helpful if your television doesn't have many HDMI inputs. It can let you connect something like a cable box to the player and then hook up the player to the TV.

How do you hook up the player to your television?

Different players have different connection styles, with HDMI and USB cables being the most popular choices. Many players give you multiple options, so you can choose the one that works best for you. You can find out how to hook up any individual player by checking its user manual. Each model may have a slightly different procedure, so refer to the manufacturer’s instructions.

Are DVD and Blu-ray players compatible with 4K smart TVs?

Yes, the newer 4K televisions are capable of playing the lower resolutions offered by DVD and Blu-ray players. However, if you want to view your discs in 4K, you will need to specifically pick Ultra HD Blu-ray players with 4K resolution.