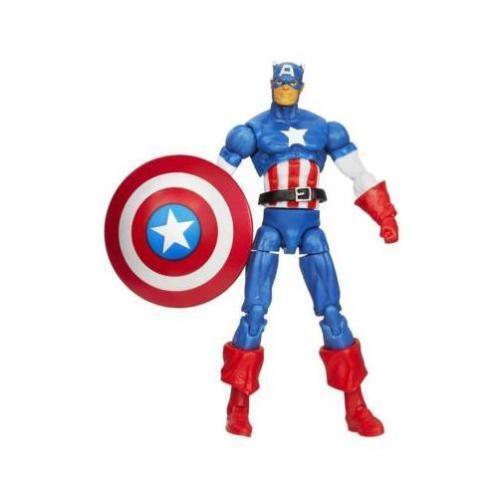 Whatever your reason to shop around for action figures may be, you have a vast selection from which to choose, such as Batman, Wonder Woman, Superman, Anakin Skywalker, and Spiderman. Whether you prefer products by DC, Marvel, Hasbro, or another company, there is something in the action figure world for everyone.

What is a series?

A series is a group of figures released at the same time that are marketed and packaged together. One example of this is “Marvels Vintage Legends,” which includes 6-inch versions of many of Marvels most famous comic book characters, such as The Punisher, Iron Man, and Captain America.

What does "Wonder Woman: The Amazo Virus" come with?

"Wonder Woman: the Amazo Virus" is a toy in the DC Comics Icons series. This toy comes with accessories such as a lasso, rope, shield, and sword that can be placed in Wonder Womans hands. The product also comes with a backup piece of hands that you can replace the original pair with.

What are some different types of Batmobile toys?

There are several different types of these 4-wheeled toys, which include the following:

Which action figures are included in the Arkham Knight series?

DC Collectibles released a line of action figures inspired by the story line and visuals of the eponymous Batman video game. This action figure line features Batmans villain that the game is named after: the Arkham Knight. Packaged with the villain is a small gun that you can attach to his hand. There are also many other action figures in this DC Collectibles Series, such as the following: